Both of us are obsessed with Taylor Swift, and now folklore too. So when we saw this original tag on Star is All Booked Up, we had to try our hands at it! Some of the prompts ended up being quite tricky to answer, but we hope you give it a try too.

Our graphics were made by Bree. Please credit Words About Words if you use them! (You can find the original book tag graphics on the original post, if you want to check those out too.)

Bree: Not really a particular book, but I think I grew out of Sarah Dessen’s novels. I still love my old favorites, but I haven’t connected to any of her newer books.

Tree: I don’t have any specific ones in mind, but many of the YA contemporary novels I read in high school.

cardigan – a book you keep coming back to

Bree: I’m going to pick a series instead of a single book, but clearly my answer needs to be The Folk of the Air because I’m obsessed. I just finished my fourth read of the series since picking up The Cruel Prince for the first time August 2019.

Tree: One of my go to rereads is I’ve Got Your Number by Sophie Kinsella. It isn’t an amazing or groundbreaking novel, but dang it is a lot of fun. I’ve reread it probably three time since I first picked it up in 2015 and it just makes me smile.

Bree: Maybe not everything goes wrong, but everything definitely does not go as planned for Jasmine in You Had Me At Hola by Alexis Daria.

Tree: I just finished One to Watch by Kate Stayman-London which follows a plus sized fashion blogger that is cast as the lead in a Bachelorette-esque reality TV show. Of course nothing goes how the main character expects and it’s a grand time.

Bree: Did you know that Lois Lowery actually wrote four books in The Giver series? I read the first three in middle school and have refused ever since to acknowledge the ending of Messenger (book #3) because excuse me, but Mattie did not deserve that BS.

Tree: Well I do not like to spoil things so let me see if I can come up with something that isn’t exactly a spoiler…Okay, My Oxford Year was sold to me as a romance. THIS IS NOT A ROMANCE. IT IS SAD. Was not a fan of the ending or the book as a whole.

my tears ricochet – broke your heart

Bree: When I was reading Clap When You Land by Elizabeth Acevedo my heart absolutely broke for both Camino & Yahaira, but especially for Camino. (Mini review here.)

Tree: So I won’t say why, but Frankly in Love packed a surprisingly emotional punch at the end. Tears were shed. I did review it, if you want to read my thoughts; check it out here.

mirrorball – a book that speaks to your soul

Bree: I’m drawing a blank on this one. But maybe I just haven’t read the perfect book for me yet? A book that I loved intensely though, would be Strange the Dreamer by Laini Taylor (review here).

Tree: I am reading Untamed by Glennon Doyle right now (won’t be right now when this post goes live), but wow I feel like she is speaking to my soul with so much of what she says. I’ve underlined so many quotes.

seven – character you want to take home and protect

Bree: Can I just say anyone with gross parents? Because I feel for them and honestly I hate so many parents in literature… I’m currently reading Written in the Stars, and let me just say, both MC’s have trash parents that I would love to set straight.

Tree: Darius from Darius the Great is Not Okay. Man I love this kid. It makes me so happy to that teens have characters like Darius, a biracial Iranian-American teen who struggles with depression, to relate to. His conversation with his dad at the end….big ooof.

Bree: Honestly, the only books I associate with the term ‘summer love’ are all Morgan Matson books. Even if they have more going on in the plot, the underlying story is about two people falling in love, usually during the summertime. My favorite of which is, Second Chance Summer.

Tree: Summer love in books just screams MORGAN MATSON to me. No ones writes YA summery romances like she does. My current favorite is Since You’ve Been Gone with Amy & Roger’s Epic Detour following close behind.

this is me trying – mental illness rep

Bree: I don’t know how it holds up to time, but the first book that made me feel like I wasn’t alone was It’s Kind of a Funny Story by Ned Vizzini, which follows Craig as he accidentally checks himself into a mental hospital, meets a bunch of people, and slowly starts to figure out how to handle his shit.

Tree: I already mentioned Darius the Great is Not Okay which has excellent Own Voices representation for depression. The love interest in Take a Hint, Dani Brown has anxiety and its very normalized in that it is not a big deal or plot point and I loved seeing it.

Bree: Since the internet is all in a tizzy over Midnight Sun finally being released, I might as well go with Twilight as my answer for this.

Tree: Tbh I am not the biggest fan of forbidden romances, but in A Very Large Expanse of Sea the main character falls for a boy who her parents do not approve of. Even though he is the softest soft boy. Read my review here.

Bree: What kind of fan would I be if I didn’t think Jude & Cardan from The Folk of the Air series were soulmates? A bad one, that’s what.

Tree: I read a lot of romance and so many of those ships and pairings could be considered soulmates, but I truly think that Calla & Jonah from The Simple Wild are meant to be.

Bree: I didn’t think of this answer on my own, but I have read the book, so I’m counting it. Sadie by Courtney Summers follows Sadie’s journey as she seeks vengeance for the death of her little sister. It is dual POV and is told through Sadie’s eyes and the podcast that is following her story months later. (Review here.)

Tree: One of my favorite YA novels from years ago (it came out in 2009 & I read it in 2013) is The Secret Life of Prince Charming by Deb Caletti. In this novel we follow three sisters who band together to return items that their father stole from the women he dated (and treated poorly). It’s a novel about getting revenge on someone who has hurt you and so many others, but also about sisters coming together. There is also a road trip and a romance side plot so everything I like in a book.

epiphany – a loss you’re not over

Bree: Let’s just say I was so traumatized after finishing Lord of Shadows that it took me almost a year to pick up Queen of Air and Darkness. (If you know, you know.) For your enjoyment, here is my emotionally pained review of LoS. Note the time I finished reading. 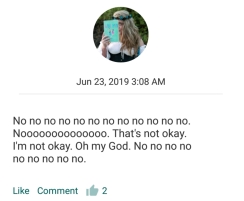 Tree: Again how do I answer this without spoilers…Can I say I’m not over the books that people never returned to me when I lent them out? Because WOW that was not cool.

Bree: Love triangles can suck it. So here is a super soft and adorable f/f romance recommendation for y’all. Read Something to Talk About by Meryl Wilsner. (Review here.) I just realized I should also recommend Tell Me How You Really Feel by Aminah Mae Safi. (Tree’s review here.)

Tree: I am not the biggest fan of love triangles, so I am going to go with a f/f romance. I recently read Written in the Stars and I really enjoyed it. It takes place is Seattle and has tons of Pride & Prejudice references which is always fun.

Bree: I will go with Six of Crows by Leigh Bardugo, because it is the only found family I can think of, but also a fantastic YA fantasy duology.

Tree: The Gilded Wolves does this trope so well & yeah I need to read the sequel like yesterday. I won an ARC in a Goodreads giveaway a long time ago…. Read my review of TGW here.

hoax – character that fooled you

Bree: I can’t think of a book character off the top of my head, but Grant Ward from Agents of S.H.I.E.L.D. took me completely by surprise the first time I watched the show.

Tree: I am naturally suspicious of characters in books, which is why I am not the biggest fan of thrillers, so this is a bit hard.

What are your thoughts on folklore? Which track is your favorite? 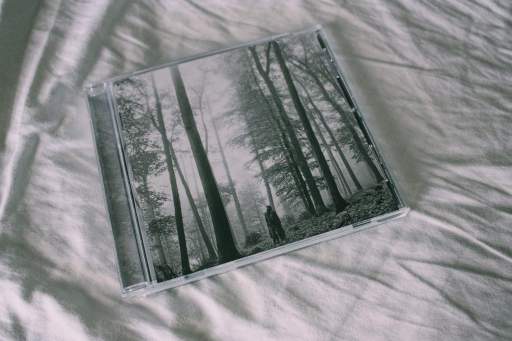