Nicole & Her Books’ Anti-TBR Tag video popped up in my Twitter feed the other day and I thought it looked like such a fun tag that I wanted to attempt it myself! So, I translated it from her video into a written tag (since I don’t have the charisma for that booktuber life lol).

1. A popular book EVERYONE loves that you have no interest in reading?

Honestly, Shatter Me was on my list for so long, but I just never got around to picking it up. And in the last year I’ve seen a bunch of tweets about certain plot things that happen later in the series that have left me even less interested. There’s also 6 books in the series and my TBR is not currently inclined to that kind of commitment.

2. A classic book (or author) you don’t have an interest in reading?

All of them?? I’m sorry but I am just not a fan of classics. My brain has never enjoyed deciphering non-modern English. And since reading is for my enjoyment, I’ve just never gravitated towards classics.

3. An author whose books you have no interest in reading?

I’ll probably get crap for this but, Sarah J. Maas. There’s just been so much controversy over her books and there’s so many of them?? I just don’t feel like putting the effort in. Also, her books seem like the type of fantasy I don’t usually enjoy. [heavy, very atmospheric fantasy]

3.2 A problematic author whose books you have no interest in reading? 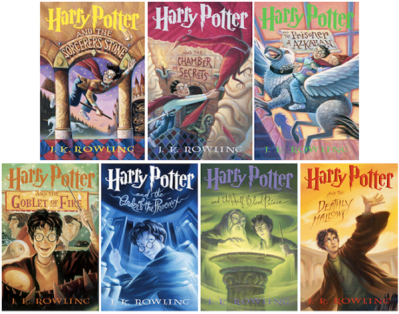 Uh, it’s going to have to be J.K. Rowling. I never got into the Harry Potter craze as a kid, and when I eventually did pick up The Sorcerer’s Stone, I was in college and we didn’t click.

*you can combine questions 3 & 3.2 or you can answer them separately if you have an answer for both*

4. An author you have read a couple of books from & have decided their books are not for you?

Honestly, I want to love Kasie West’s books. They have great premises, adorable covers, and sometimes take place geographically close to me, which is cool. But they always fall flat and I fail to become invested in the characters each time. I like contemporaries with a lot of depth and these don’t do it for me. After 3 books I think I have to write Kasie off as not for me.

5. A genre you have no interest in OR a genre you tried to get into & couldn’t?

I HAVE TRIED but Sci-fi just isn’t for me. I think my brain has a problem imagining all the cool space-tech stuff. It ends up making it harder to sink in and enjoy the story. I can recommend Stars Wars audiobooks though, in general. The level of effort they put into the audiobook production is intense. I’d say they’re closer to radio plays, than a typical audiobook.

Years ago I bought one of those Barnes & Noble special edition hardbacks of the Alice in Wonderland stories. Have I ever read it? No. Will I? Also no. It is super-chunky and heavy. It looks pretty on my shelf and that is all it will ever do. Sorry, not sorry.

7. A series you have no interest in reading OR a series you started & have DNF’d?

You would think that a book about an AU where America instated a monarchy instead of a democracy, would focus on all the nitty gritty historical differences. BUT IT DIDN’T. AT ALL. The whole draw of this book is the American Monarchy with its possible historical ripples. But in the first few pages the MC, Beatrice, glosses over all of it, almost as if it’s an inside joke. She literally say something like “…then King George accepted the crown, but you knew that already” and then NEVER TALKS ABOUT IT EVER AGAIN. This book felt exactly like Katherine McGee’s other series, The Towering Heights, but with a badly-applied alternative history skin.

8. A new release you have no interest in reading?

I will not be reading The Ballad of Songbirds and Snakes. For me, the relevancy of anything Hunger Games related died a looong time ago. I think I stopped paying attention to the entire franchise around the time the second movie was coming out. I’m still holding strong to my stance the Susanne Collins doesn’t know how to end a series (I have a whole Gregor the Overlander rant). I  just have no interest in reinvesting my time to her books.

What books are you not willing to read?