So we didn’t make an official TBRs or anything for this not-really-an-actual-organized-reading-event but both of us tried to read some ARCs in April nonetheless! We were semi-successful, per usual.

*Thanks to all the publishers for the ARCs of these upcoming books; all thoughts are our own*

Ha ha ha I was not super successful in reading ARCs this month, but in general my ARC consumption has been way down this year. So the fact I even finished one is good with me. BUT since I’m a terrible, horrible, no good procrastinator, I actually have two ARCs to talk about here!! (bc I finished another one awhile ago and have done nothing with it!! Ahh!) Anyways, on to the books. 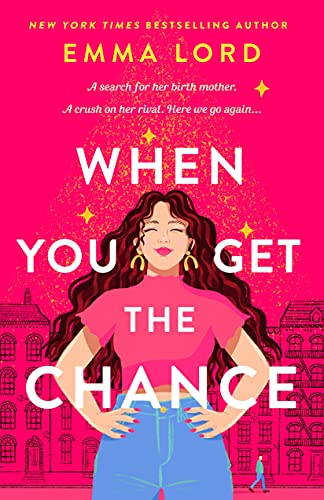 When You Get the Chance by Emma Lord (Pub Date: January 4th, 2022)
CW: child abandonment (past)

Plot: Millie wants to be a Broadway star, and nothing is going to stop her on her way to her dream. Not even her dad vetoing her chance at attending an elite stage school in California. So when she finds her dad’s old live journal page from the year before she was born, she does what go-getter would. She and her best friend Teddy reverse-engineer a list of three possible women who could be her mom. Now she’ll just have to figure out which one it really is, and hope it doesn’t get too messy.

As a long time fan of Emma Lord (Tweet Cute review, You Have a Match review) I was very excited to read a book Emma herself has said has more of her in it than any other story before!! And it did not disappoint! If you were ever a theater kid, or even theater kid adjacent (like me) you will appreciate this novel. The story pulls you in and out of all these little niche-theater bubbles up and down New York City. It’s even more fun once the characters start their stream of musical references; some of my favorite mentions were Hamilton, Mamma Mia, & THE SIX!!! (Listen to the SIX! No, really.)

Besides the fantastic Emma-centric world building, the characters are also in a class of their own. While the book tips its’ hand toward cringe-y a little to often (Millie: I have to rebel against my dad in the most ridiculous unreasonable way!!), I really did enjoy most interactions. Specifically Millie & Oliver, who have officially turned me  into a rivals-to-lovers stan. They are just so snarky, and condescending, and when they go at each other it just turns me feral!! In my notes I literally wrote “they are awful, but I love them” just so you know. 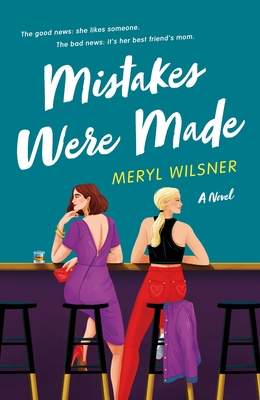 Plot: Cassie unknowingly hooks up with her best friend’s mom on Parent’s Weekend and only realizes at breakfast the following morning. Too bad the chemistry is electric and they can’t keep their hands off each other.

Ever since I read Meryl’s debut, Something To Talk About (review here) *ack* TWO years ago???, I have been salivating for her next book. I follow her on Twitter and I’m on her newsletter. I am a serious fanTM lol. Anyways, I was over-the-top excited that I managed to get approved for this bad boi and I immediately started binging it.

I really can’t say enough about how much I love these big dumb idiots!! Like, not even just Cassie & Erin, but Parker and Acacia too. (Not Adam though. >:/) Cassie & and Erin are stupid cute and not-at-all sneaky and I love them, but I also love the weird trifecta of friendship that is present between Cassie, Acacia & Parker. It’s a lot of weird vibes if you think about it too much, but the entire thing just brings me joy. Well, when it’s not stressing me out, right to the edge of my seat. Meryl’s writing is just such a fun time like that. But really, when’s that next book coming out?? *fake laughs*

So I read three ARCs and I enjoyed them all very much! Honestly two FIVE STAR reviews in a mini review set is very rare for me!! 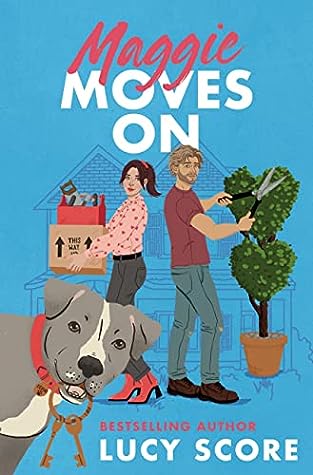 Plot: Maggie runs a home improvement YouTube channel and takes on her biggest project yet, an old estate in Idaho. Silas is a local landscaper that she hires to do the grounds of the estate. He is a shameless flirt and also has a dog named Kevin, what could possibly go wrong?

This was my first Lucy Score book and it did not disappoint! This book has a bit of everything and it didn’t feel bogged down at all.

This romance novel had a little bit of everything and it somehow worked! I will keep saying this because I have no idea how Score pulled this off! There literally is both a grumpy old man that Maggie charms and a troubled teen that she basically adopts. PLUS an old house she is repairing, family secrets, a small town setting, multiple mysteries about the town, a loving and chaotic family, a hyper dog, KITTENS, and more.

I had never read a Lucy Score book before and I already am starting my second. I have no idea how she managed to pack in so many cute/heartwarming things into this book and yet still have time for the couple, but wow it was a fun time.

My only critique is that there were a lot of characters (which I loved), but it took a second to figure out who everyone was and how they were connected.

If y’all are interested in buying this one, check out the preorder campaign where you can get adorable STICKERS!! 5/5 stars 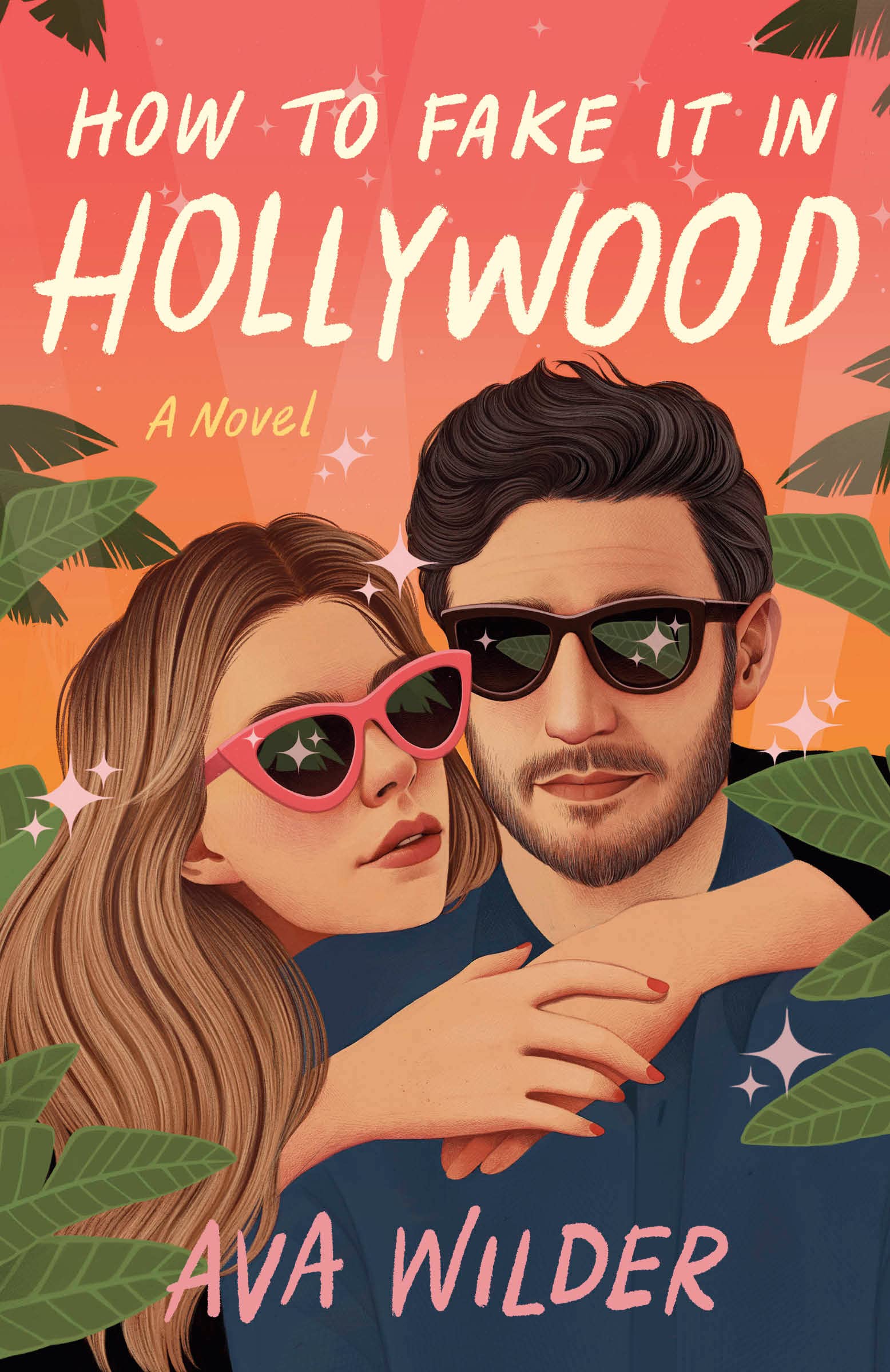 Plot: Grey and Ethan start a fake dating scheme for the benefit of their careers.

First of all, I just want to say that despite the adorable cover, this is not a light and fluffy contemporary romance. About halfway through it pivots from being lighthearted to dealing with some very serious issues (see TW) and becoming a lot more angsty. I was a bit surprised about this pivot and I did not hate it, but I wish I had known going in that it dealt with some more serious topics.

This story deals with addiction and what it is like to be in a relationship with someone who is an addict which could be triggering for some folks!

This story is such a quick read! I fell into the story and could not stop reading it. I read the entire thing in like two days while on vacation and ended up staying up late one night to read more. If the ending had been different I would have been completely sold on the story.

I did not hate the ending, but I needed more than a few chapters to wrap everything up. Most romance novels follow a similar structure and this one is slightly different, I did not hate it, but it did not completely work for me.

Overall, this was an excellent debut (I think it’s a debut?) and I can’t wait to read more from Wilder, but the pacing of the relationship in the second half of the book threw me off! 3.5/5 stars 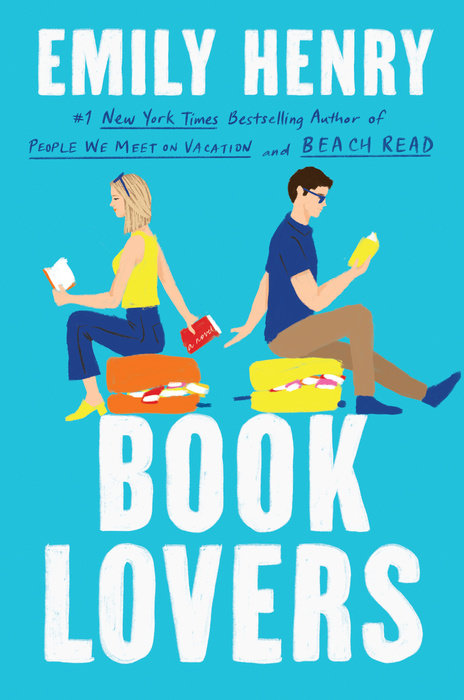 This will already be out once this releases and I have a Blog Tour Review coming later this week so I’m not going to gush about it too much, but dang I loved this one so much.

I keep thinking Emily Henry can’t get any better (as if that is how talent and working hard at a craft works lol), but wow she keeps hitting it out of the park!

I can’t wait to reread this one and I cried for the last 15% of the novel. It really is an ode to book lovers and has such a strong sister plot AND has an adorable love interest and romance plot?? All the good things in a novel.

Also, please check out the aesthetics reel I made on instagram (if you want lol) which took me way too much time!! 5/5 stars

It is also worth mentioning that I am currently reading The Hookup Plan by Farrah Rochon [releases August 2nd] which is enjoyable, but surprisingly closed door for a book with a title like that and that starts with a one night stand. But, I’m only 25% in so we’ll see if my thoughts change!

*thanks again to all the publishers for sending us these ARCs!*

Thanks for reading! Did you add any of these to you TBR?