Anyways, if you want to read my other KU reviews you can see them here: part one, part two, & part three, part four, & part five, & part six. 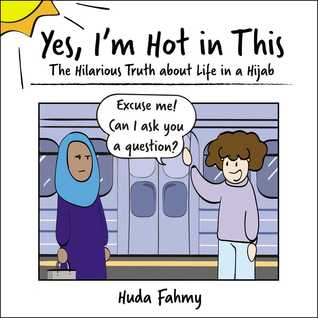 Yes, I’m Hot in This: The Hilarious Truth about Life in a Hijab by Huda Fahmy

Loved this graphic novel (comic collection?)! There isn’t an overarching story, but rather little slice of life comments that relate to the theme of each chapter. I don’t really have much more to say about this one except that I like the cute art style and how simple each of the comics are, but they get the point across. If you want a more memoir like story from Fahmy, I would recommend Huda F Are You which I also read recently and loved. 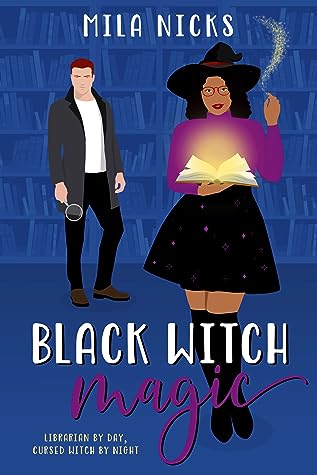 Plot: Selene’s is descended from a long line of witches, including her grandma Luna who the town thinks is evil. Aiden is supposed to be taking a break from work during the holidays from his paranormal internet show but can’t stop researching Luna Blacktone. When he and Selene keep running into each other, things get interesting.

Honestly I am not a big fan of paranormal romances so I have no idea why I borrowed this one, except that I did enjoy Nicks’ other book For Vacation Only (see my thoughts here) and I loved the idea of a book about a library staff member and a skeptic ghost hunter.

I liked this one well enough, but in all paranormal romances I struggle with the balance of paranormal plot lines and romance plot lines. Here I wanted more romance and less mystery of whatever was happening. I thought the romance was decent and I liked the characters, but I wanted more from the moments they had together.

Also, no lie, when I found out this was a series with the same characters I instantly lost interest, but while I was enjoying it well enough, as soon as I realized their story would continue I realized I did not care enough to read more books with these main characters. If it was a series that followed other characters, I maybe would have considered continuing. 3/5 stars

Things We Never Got Over by Lucy Score

Plot: Naomi has no plan after she left her fiancé at the alter. Her reckless sister needs help so she goes to find her. Only for her sister to skip down and leave behind a niece that Naomi had no idea existed.

After reading Maggie Moves On by Lucy Score I immediately downloaded this one from KU. I loved the first 50% of this one! I did not want to put it down and was invested! But, it started slowing down and I was having a hard time staying invested and then the third act conflict was literally so dumb (it is sort of explained later, but still).

When a novel is written in first person and the characters have secrets it is hard to pull off. I have a hard time believing that these massive life events never touch the edges of a character’s thoughts. Both of our main characters, who both have POVs, have secrets they keep from each other and it just…felt too perfect for them to reveal them at the exact right moment.

Overall, I wish this one had been shorter and less of the narrative relied on the secrets. I did love Lucy Score’s writing and her ability to create characters and I wish it had just been a bit shorter. However, this is a slightly unpopular opinion as people really love this novel. And I did enjoy my time reading it. I just wanted more. 3.5/5 stars 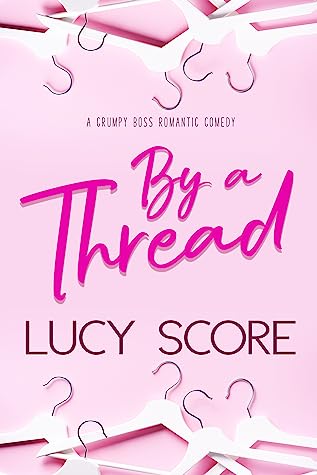 By a Thread by Lucy Score – DNF

Plot: Ally Morales is struggling making ends meet due to the expensive cost of her dad’s care facility. Dominic Russo, who has recently taken over his dad’s job at a luxury fashion magazine, walks into the pizza palce she works at and they but heads. Ally leaves Dominic a cute little message (ie a rude one) in his pizza and is fired. Dominic’s mom feels terribly about the tuitionon and hires Ally to the same fashion magazine that Dominic is working at.

Look I really should not have started this one after reading a fanfic that was a retelling of the Devil Wears Prada. Because of that, I had a hard time getting into this one and I ended up DNFing it. I am not a fan of the overly alpha (is the term “alphahole”?) heros even when the heroine argues/fights back/gives attitude back. It just isn’t fun for me to read. I also would’ve liked to see more of a connection besides the physical connection between the characters because it was just so dramatic for what felt like no reason.

Lucy Score is a good writer and I see why people love it, but it was just too long and I didn’t care about the relationship to continue reading. 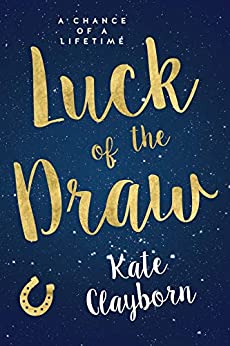 Plot: Zoe has recently quit her toxic lawyer job thanks to a recent lottery win. She does not know what to do so she makes a “guilt jar” to try to make amends for the hurt she has caused. Enter Aiden O’Leary whose family was hurt by Zoe’s law firm. Zoe says she will do him a favor and he needs a fake wife to potentially purchase a summer camp. Zoe and him compromise with fake fiancée.

Kate Clayborn is one of my favorite romance authors and I wanted a comfort reread and this one was mentioned on Fated Mates and it was on KU so had to reread it and I loved it even more. I posted a full review last week.